In an article devoid of scientific evidence, Michela Marzano claims that the effects of puberty blockers administered to 'gender non-conforming' children would be perfectly reversible, a fact denied by studies and clinical practice. And he speaks of an increased suicide risk for these minors, a risk that has never been proven. Here is the scientifically argued text of a letter to be sent to Director Molinari requesting more accurate and less ideological information on such a sensitive issue

Text for a mail-bombing, to be sent to the editor Maurizio Molinari m.molinari@repubblica.it Dear Director Molinari, we read Michela Marzano's article, entitled 'Nobody touches gender identity', published in your newspaper on Sunday 5 February. And we cannot fail to note with dismay that the author tackles the very delicate issue of 'dysphoric' minors without any scientific reference, claiming among other things that 'the suspension' induced by drugs that block puberty 'is temporary and reversible', that recourse to such drugs 'allows [...].
Read now 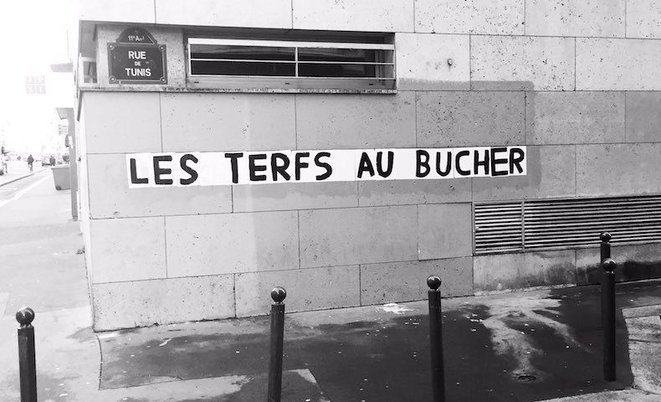 International news
Gender identity
France: Transfeminism excludes gender critical women from anti-violence march
Nous Tous claims to command the French squares on the occasion of the international day against violence against women. Hundreds of radical feminists signed a petition against queer colonisation and the definition of Terf, which exposes them to the risk of verbal and even physical violence.
Questions of gender identity have now taken over the feminist debate. No other struggle in the history of mankind has progressed so quickly, with so many resources and so much visibility as the queer movement, or transactivism, which has been making demands for transgender people for the last ten years. Environmentalists, anti-specialists or simple left-wing activists, no one is immune to the advance of transactivism. However, the activism most affected by this issue is that of the fight for women's rights, to the point [...]
Read now