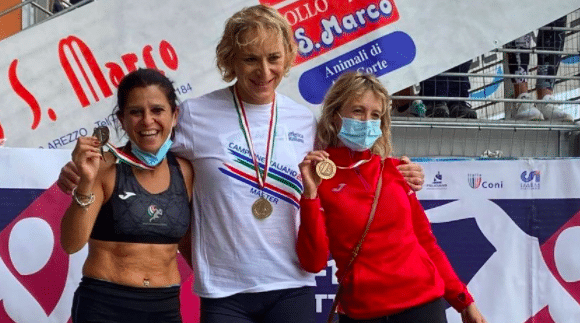 As the Tokyo Olympic and Paralympic Games approached in July, the media began showing footage of women's competitions in which male-born athletes also participate - and almost always win - thanks to the guidelines drawn up by an all-male group of the International Olympic Committee, which provide for self-identification with "female gender identity" and lowered testosterone levels as the only criteria.

Faced with the obvious advantage of male 'ultra-bodies' in women's sports, much of the audience asked: what do female athletes think? Why do they not rebel en masse?

Indeed, the Italian sports news has given great prominence to the story of Valentina Petrillo, 'the first transgender athlete to run to qualify for Tokyo 2020' (see here [U1] and here[U2] ), but female athletes have been rendered invisible, with few exceptions.

Despite this press blackout, Italian women athletes have rebelled and expressed their indignation not by deserting the competitions, but through legal means, for being deprived of a fair competition.

Lawyer and Italian athletics champion Mariuccia Fausta Quilleri is representing 24 female athletes who have signed a petition calling for male-born transgender athletes to be admitted to women's competitions exclusively out of competition.

The athletes first of all contest the lack of scientific basis - as well as the lack of legal validity - of the IOC guidelines, as has been proven by numerous studies, among which the most comprehensive is perhaps that of Dr Emma Hilton and Dr Tommy Lundberg published in "Sports Medicine" (see here[U3] ).

In addition, they claim that the admission of male bodies in women's competitions constitutes a violation of Article 1 of the Code of Equal Opportunities between Men and Women[U4] , which - writes lawyer Quilleri - "obliges absolute, inviolable and indispensable respect for the female physical individuality".

Among the athletes who have signed the petition are Cristina Sanulli and Denise Neumann, who competed with Petrillo at the Italian masters championships in Arezzo in October 2020 - you can see them in the opening photo - and who told the journalist who interviewed them that they felt they had "not competed as equals" (see here[U5] ).